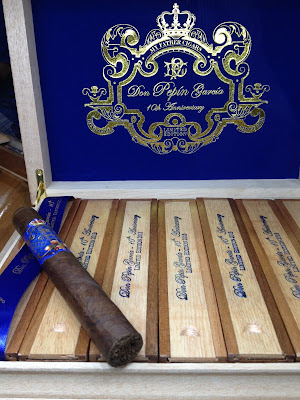 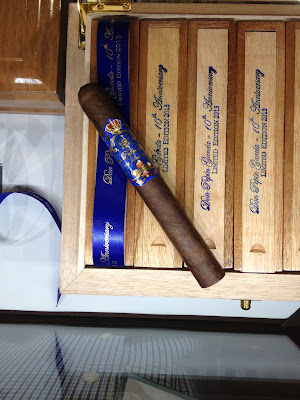 The cigar is the Don Pepin Garcia 10th Anniversary Limited Edition 2013.  I was sent a few pictures by the boys in Vegas now.  There is not a lot of information available at this time regarding this cigar - but as soon as they get back from Vegas I will certainly have more to report.

I will keep you guys updated!!

Posted by Michele
Posted by CDMcigars at 10:55 AM